Finland + Japan: Why These Countries Have a Magical Connection?

The Finland – Japan connection is real. I understood it the moment I arrived in Japan.

It is such a strange (and awesome!) feeling when someplace you have never been before feels like home. It is like a tilted dream, a gentle déjà vu, an Alice in Wonderland-moment.

The spell of Japan has been with me ever since. The connection between Finland and Japan is undoubtedly there but how to explain it? I started reading about Japanese culture and luckily stumbled upon The little book of Ikigai by Ken Mogi.

The examples in the book resonated with my own experiences. I was able to put my feelings into words. Somebody has said that Finland is the Japan of Europe. I couldn’t agree more.

Here are the five main similarities between Finland and Japan that I have found!

It is natural that we Finns have a specific word for each type of snow. With one word (such as kantohanki in Finnish – meaning ‘snow that you can walk on without it breaking’) one can make all sorts of decisions (e.g. what to wear or how cold it is).

On the other hand, it is understandable that in many languages there is not a one-word translation for this type of snow, as snow, in general, might be a rare phenomenon.

This logic doesn’t only apply to nature-related and visual things; it is also within abstract concepts. I like to call these words cultural power words.

Japanese have a single word, ikigai, to describe the meanings of life.

The purpose or pleasure of your life isn’t something necessary related to your work or success. Ikigai relates to small everyday things as wells as big goals. It is a common word used quite casually.

In Finnish, we also have a cultural power word. It is sisu.

It means courage and determination topped with most likely the position of the underdog. Having sisu is an admirable trait. It is a widespread, motivating and positive concept.

We Finns wouldn’t be us without the concept of sisu. I feel like the Japanese have the same situation with ikigai. Finland Japan connection lives actively within these words. 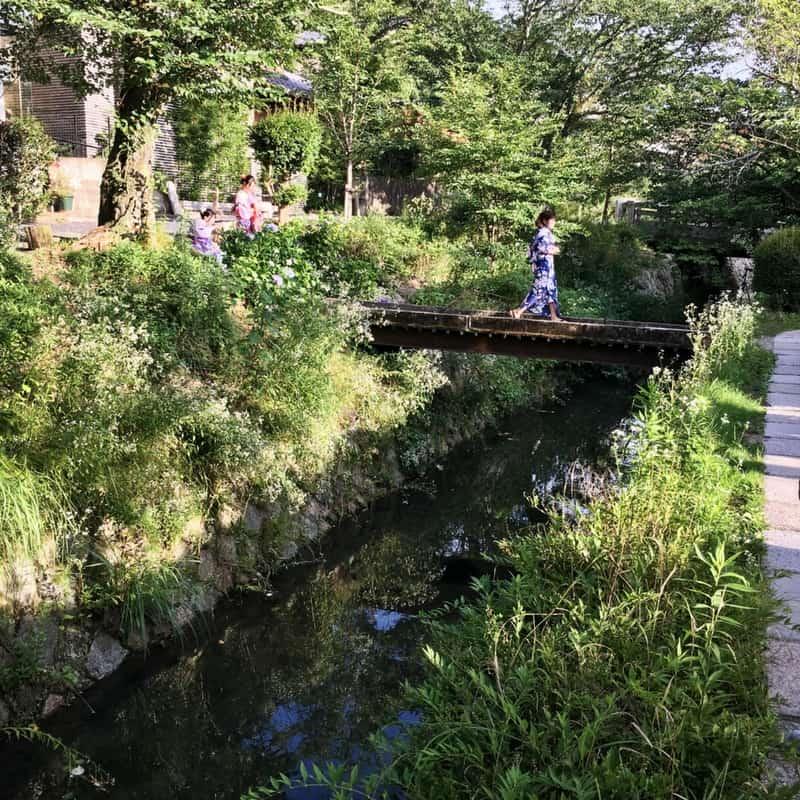 Approach to Quality in Finland and Japan

I have learned that the Japanese have a high standard of excellence, originating internally. Just fine is not enough and they expect a lot from themselves.

This is the same in Finland. If we have promised or agreed on something, we will do whatever it takes to fulfill that promise. This means things big and small. You can for sure get a text message from a Finn reporting that he is five minutes late.

Same goes for doing crafts or manufacturing products in Finland. A Finn would be devastated if a product of his was found low-quality, not meeting the customer’s expectations.

Finnish and Japanese Flags are Visualizations

Both counties boast their core nature traits in their flags. This is one of the most visible signs of the Finland Japan connection.

In Finnish, we don’t have a word with ‘fin…‘-anything. We have the word Suomi for Finland and Suomalainen for Finn. As you can see, these words are entirely different from other languages.

What came to me as a surprise is that the word ‘Japan’ is in fact also an exonym. In Japanese, the name of the nation is Nippon or Nihon. 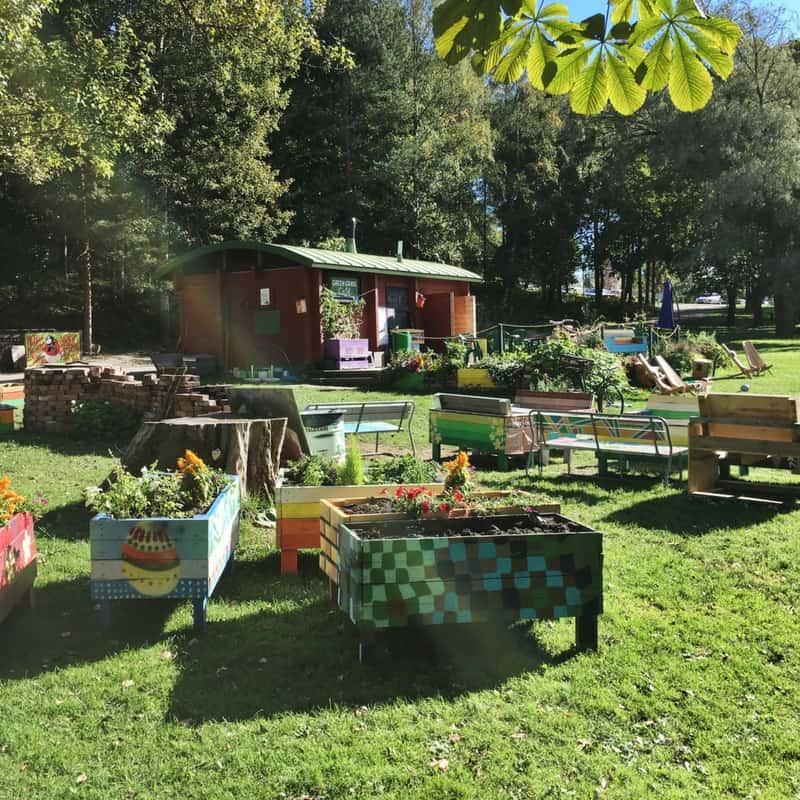 The Four Seasons in Finland and Japan

Every spring, Japanese salute the blossoming of cherry trees. They don’t only adore the gorgeous perky pinkness, they celebrate the end of the blossoming too.

Japanese enjoy the wind dragging all those flowers down and the faded flower mat on the streets. It is all about accepting the inevitable change.

We Finns cherish our four seasons.

The new landscape is greeted with love even when it is bald and gritty. The weather change is embraced. Indeed, there is also a Finnish saying about it: Weather is just a question of appropriate clothing.

We Finns have a close relationship with our nature. Many feel that forests give power and peace. There is clear scientific evidence about this.

All that being said, it’s no wonder that there’s such a strong Finland Japan connection! The two countries genuinely are soul sisters. 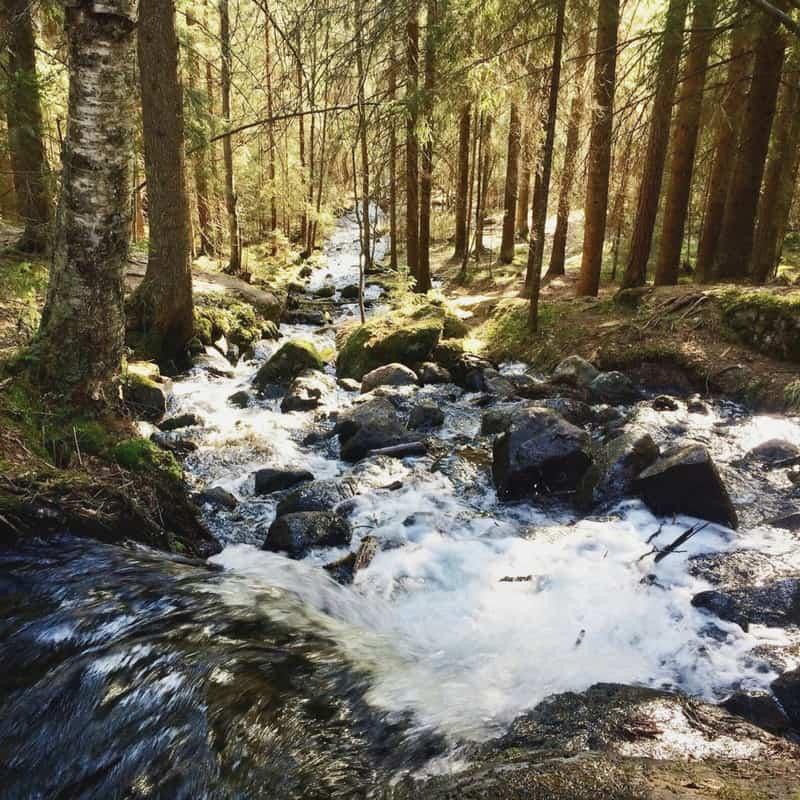 Do you feel a connection with some other country than your own? Do you think countries can be soul sisters? Comment below!

Looking for more information about Finnish culture? Check out some of my other posts: 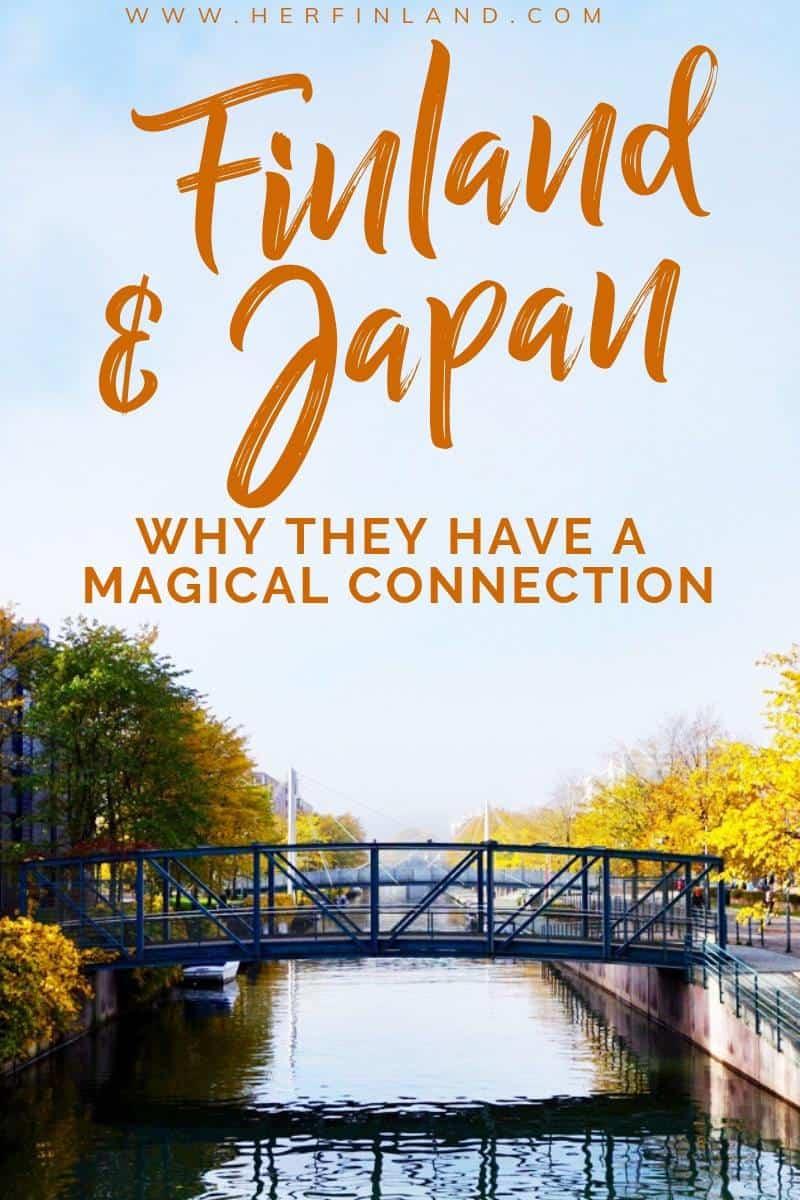