The Finns are known for their cool-headed and quiet nature.

What happens when a Finn gets angry? How do you know if someone is happy, sad or upset? This blog post will guide you through neutral Finnish facial expressions!

The Theory of The 7 Universal Facial Expressions

Facial expressions are a rich source of nonverbal communication. They can show many different emotions and pieces of information.

To break it down, facial expressions are the voluntary and involuntary movements that occur when one or more of the 43 facial muscles on the face are engaged.

Some studies have revealed that there are 7 universal facial expressions. These seven are: Happiness, sadness, fear, disgust, anger, contempt, and surprise.

Is it just me who finds it a bit sad that only one of these is truly a positive one? Anyway, we’ll go through all of them together from a Finnish perspective. 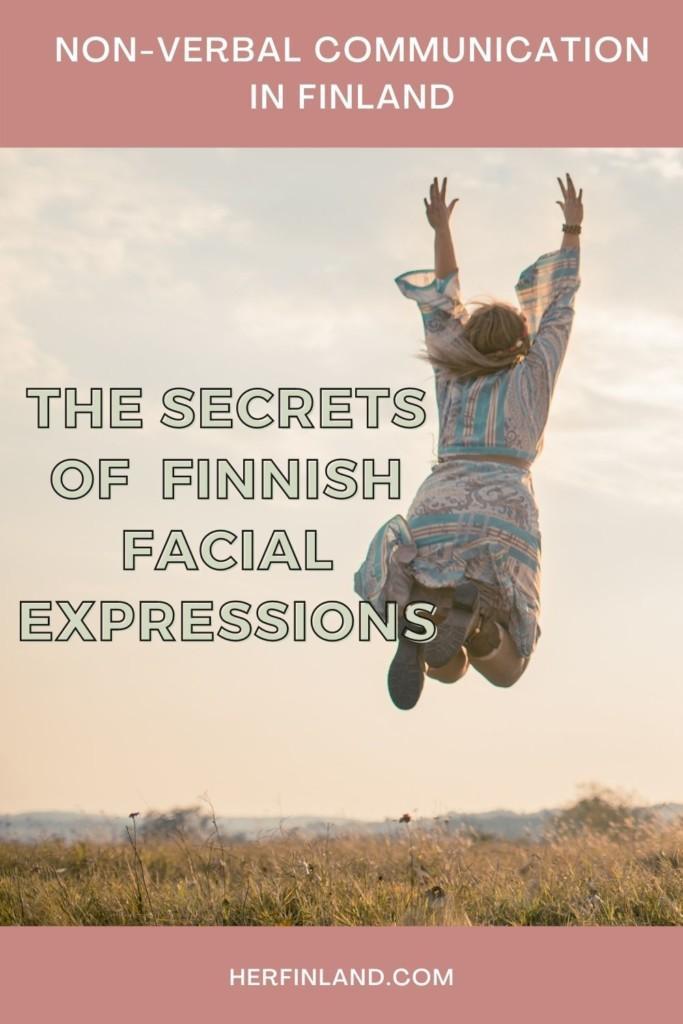 How Do Finns Show Emotions?

Showing their emotions is not easy for many Finns. That’s why it can be even hard to read if a Finn is happy or angry.

Here is your 3-step guide into understanding Finnish non-verbal communication.

An Angry Finn is a Rare Sight at the Office

Getting angry is more of a private life thing for us Finns.

Especially in work life, you rarely see a fuming Finn. In our upbringing and education, we are taught that emotions do not belong to the office.

It has been a great experience observing the behavior differences of all of these nationalities.

In summary, I would say that in work life, a Finn is calm as a cucumber but breathtakingly straightforward for many.

How Do Finnish people Show Their Happiness?

For a Finn, to talk about their happiness is culturally counterintuitive because we are raised within a culture that has an old saying: “Kel’ onni on, se onnen kätkeköön.”

It means “He who has happiness, should hide it.”  This saying refers to the Finnish state of mind that one should not boast about what one has.

This is why many Finns have a great poker face hiding their feelings, even the positive ones.

Sadness in the Finnish Culture

Many Finns are genuinely introverted and reserved. But if something sad has happened to you and you tell a Finn about it, your Finnish friend will be there for you.

Finnish empathy is not about many words but it’s always sincere.

With sadness, there can be also an element of “giving the person more space”. If one doesn’t want that, it’s a good idea to communicate that.

Get to know the finns

Join my free cultural class and avoid the culture shock when you are in Finland. ⭐⭐⭐⭐⭐

The Finnish culture is known for being stoic. Showing surprise is one of those things that can be, again, very neutral. Sometimes there’s not even a situation for being surprised.

One weird example of this is when receiving gifts. Nowadays, there isn’t a clear ritual in Finland whether to open the gift immediately or later. You can do either or.

Back in the day, there was a tradition to open the gift later, sometimes even after the person had left! You literally said thank you for the gift without knowing what it was.

This is due to Finnish modesty. You don’t want to look greedy by having a hurry to open your gift.

How Do Finnish People Show Disgust, Anger, Contempt, and Fear

There are a couple of things I would love to talk about when it comes to these emotions.

This type of anger or contempt is commonly used in relationships and in family fights. Unfortunately, the technique is very popular when you have quarreled and are holding a grudge.

You may wonder, as we Finns do not talk that much in general, how you can tell that you are getting the silent treatment from someone and not just regular Finnish zero-communicating which is not negative at all.

Well, then there really are no words at all. Not even a hello basically.

Secondly, let’s discuss storming off. Storming off, slamming doors, throwing things or causing a scene is only done by kids and teenagers in Finland.

These reactions are all seen as childish behavior. If an adult Finn would do any of these publicly, they would be ashamed for weeks.

Thirdly, the swearing. Probably the most used way to show negative feelings publicly. It can be a one-word sentence like “perkele” or a long and loud sentence of all possible swearing words that comes out of a Finnish mouth.

Here are the most popular mistakes to avoid when trying to read the facial expressions of a Finn.

Looking for more ways to immerse yourself in Finnish culture? Check out some of my other posts:

How to Make Finnish Friends: 7 Steps

About Varpu
I’m the founder of Her Finland. I love cultural tidbits, aha moments, Finnish folklore, and cinnamon buns. My newest interest is learning bird songs. Read more about me..

As an Englishman I can say we are not normally prone to public outbursts of emotion and are normally very reserved but when we do show anger it really all comes at once.

Hei John, thank you for commenting! Yes, I think British and Finns have the same "cool as a cucumber" attitude, in general. My observations are through my work.

Get to know me

All My Finnish recipes